5 reasons, why Surat should be in your list of real estate investment.

Homeland City > Blog > Investment > 5 reasons, why Surat should be in your list of real estate investment. 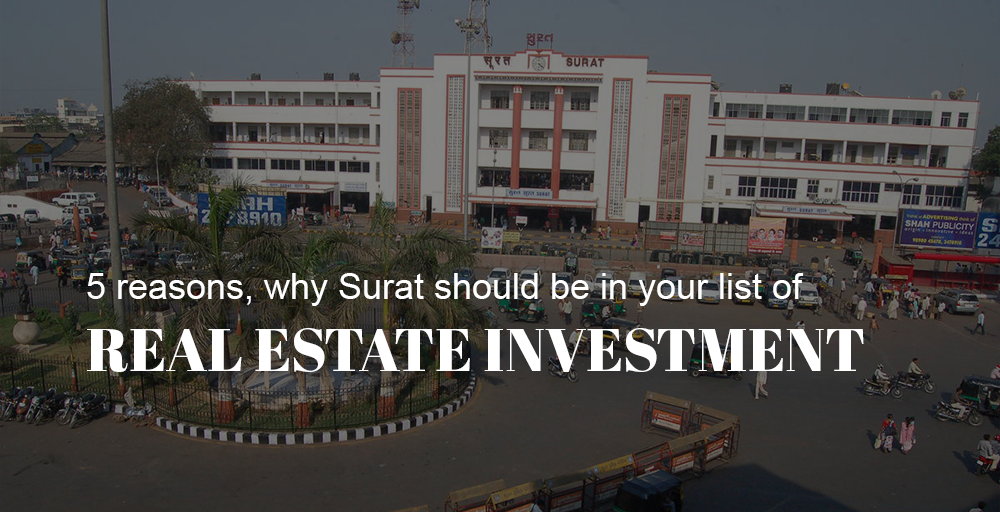 Indians, are always known worldwide for their smart choices when it comes to investment. And real estate market has always been a top choice of many of the smartest investors because of increasing prices, security of investment and awesome returns on investment. And as we put an eye on the western shore of India, specially Gujarat we come across few cities which are attracting high investments from government as well as private players. Cities like, Ahmedabad, Vadodara, Rajkot and Surat.

But of all these options available there is one city which have out-shined any investment options, and that city is Surat. And here we are going to give you five reasons. Yes, not one or two but total five reasons. Hence proving why Surat is one of the best or hottest real estate investment choice of the smart today.

Surat lies in close proximity to Mumbai which is a boon for traders and businessmen and boasts of top-class infrastructure and governmental support. Additionally, Surat is set to witness several path breaking infrastructural & business developments over the next few years which will lead to huge appreciation in values of investments made now.

Surat still has affordable property prices in comparison to several big cities in the country in spite of a steady rise in capital values owing to skyrocketing development.

Tips for choosing the right property for investment

Real estate is one of the most attractive avenues for investment. However, it is important to understand the market dynamics…
in Investment Posted by Homeland City